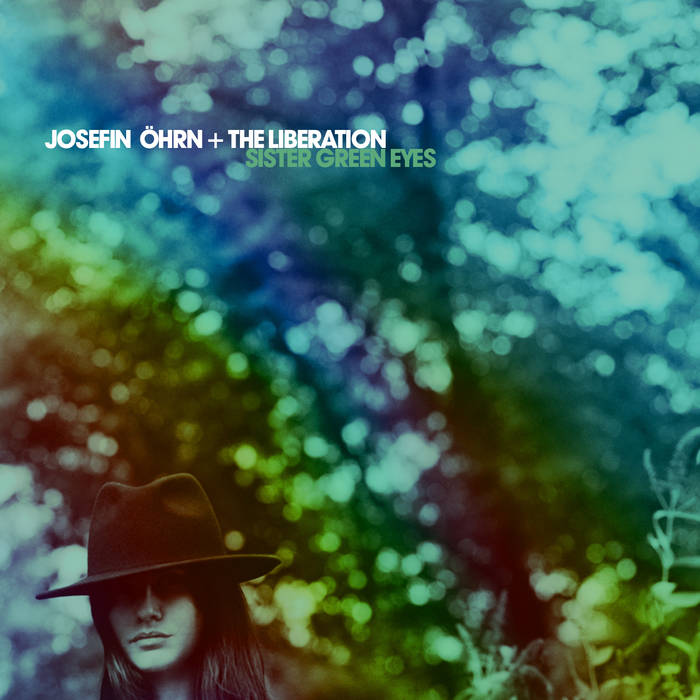 To coincide with their up & coming tour, Josefin Öhrn + The Liberation will be releasing a reworked version of their sultry album track, “Sister Green Eyes”, this will be the bands third single from their much lauded album 2016 album Mirage.

Right from the outset, “Sister Green Eyes” sensuously throbs to a more Eastern drive, with an sedated ‘Velvets’ droned melody, a fluctuating groove straight out of the ‘CAN’ little black book, it flirts around with the hue of a half-goned tranced-out Siouxsie Sioux .

Richly hypnotic, the tribal procession of the tracks groove, more predominant than the album version, enamelled with Josefin’s almost broken breathless vocals, progresses like an oscillating ragga as if the man machine spirit of recently deceased Jaki Liebezeit was soundtracking an eyelid movie.

As the band explains “Sister Green Eyes” was inspired
by the Japanese word “Shinrinyoku” which is sometimes translated and often described as “Forest Bathing”, where submersing oneself so deeply into the atmosphere of the forest or in the band’s case, the Swedish ‘Ocean and Mountains’, that the experience is rejuvenating and restorative so showing you a way that can often seem lost or out of reach and Josefin’s vocals encapsulate that.

The B side features the a reworking of the bands ‘Rainbow Lollipop’ by world renowned DJ ‘Cherrystones’. For his Post Punked Redux version, we get a darker block rocking beat, high powered, bottom end, beat driven, Trip Hop Disco floor filler, as if those Krautrock kids of the 70’s were jamming with the New York Hip Hop Electro kids of the 80’s. Time to dust off the trainers for a burn!!